“Did you hear the ‘59 sound coming through on Grandmama’s radio?

Did you hear the rattling chains in the hospital walls?

Did you hear the old gospel choir when they came to carry you over?

Did you hear your favorite song one last time?”

As appears on the album “The ‘59 Sound,” released on SideOneDummy Records

Matthew was sick. Sick sick. Matthew was the kind of sick you couldn’t sleep off, or go to work in spite of better judgment in regards to your own health, or even drown in cheap booze to kill the germs according to some wive’s tale passed down along the generations of Central Pennsylvania mountain people. Matthew was sick and he wasn’t getting better. A man that had once been built sturdy enough to earn him the nickname “Moose” had become frail and sickly. The curly locks his wife had loved had surrendered to a shorn scalp, with little whisps of prematurely gray hair remaining. Truly, he’d been sapped of the strength to be himself, and that’s what broke my heart the most about Matthew being sick.

Treatments were unsuccessful and Matthew decided he wanted to pass at home.

END_OF_DOCUMENT_TOKEN_TO_BE_REPLACED 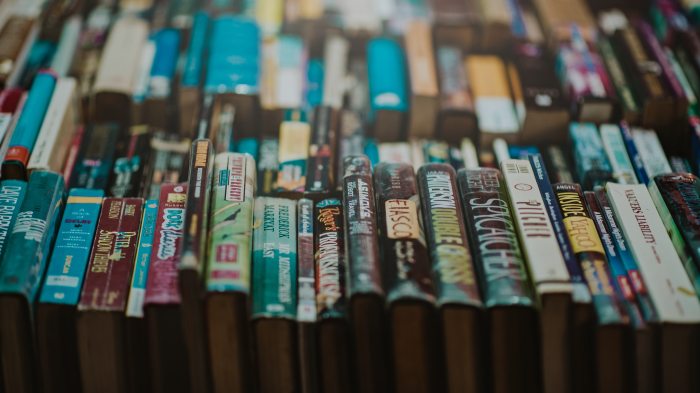 I’ve said, on more than one or two occasions, that extremism is bad. To be so devoted to any one secular side of a spectrum or argument makes one blind to the opposing perspective makes one blind to the world around them. More often than not, I’ve applied this philosophy to terms of political leanings, or social issues, but there is an exception. Books.

In another life, I was a commentator for professional Mixed Martial Arts (MMA), and part of my duties was assembling statistics on fights. My job was to analyze data, to create hype around the fights to occur, and provide analysis of the fights after they’ve gone down. I’ve seen grown men get hit so hard they don’t know what day of the week it is, or what town they’ve come from. All of that considered I’ve never been more internally conflicted by opposing choices than choosing between a physical copy of a book or an eReader such as an Amazon Kindle or a Nook.

For this week’s blog, I’m going to tap into a former life, and I’m going to break down the tale of the tape, and analyze the war of attrition between the Book and the eReader!

END_OF_DOCUMENT_TOKEN_TO_BE_REPLACED

In 2007, I was an intern at Magnum Broadcasting in State College, PA. That experience was wonderful and I still have lifelong friends from the experience. I learned a LOT about business, digestible media, and how commerce can be strange bedfellows with neighborhoods & citizenship. I can say, with certainty, that experience with Magnum Broadcasting put me on the path to do the things I’ve done, & I’m grateful.

Blame it on the neurodivergence, but I need a specific type of music in my ear while I’m working, to get the most out of my work day. I’m a kid, hardly twenty-one years old, I’ve got a cheap MP3 player I bought from winnings on a scratch-off, & I am working away. The General Manager, Diana (who looks remarkably like a young Linda Hamilton) comes into the room I was working in, & she’s not happy. She points out how bad it would look if an advertiser were to come in and see me listening to anything other than what the company is putting out on the air. As soon as she said it, it made perfect sense. I wouldn’t have had the first clue before that. That’s the kind of common sense I learned that has taken me places in business.

END_OF_DOCUMENT_TOKEN_TO_BE_REPLACED

In another life, I looked after houses for other people, and looked after the day-to-day minutiae of keeping the houses making money. That responsibility comes with a few burdens: when the home needed repair, I found the solutions for repair; when the homes were empty, I rallied the troops to make them appealing to rent; when disaster was impending, I did what I could to hedge the odds the bad moon rising would shine on someone else’s home.

When a hurricane is impending, you may be fortunate enough to have a week’s notice. The seven days between the storm brewing out in the office and stepping foot on the coast is spent chewing on nails while you wait to find out how bad the storm will be. The locals boast about the storms they’d endured, how they had no plans of leaving their homesteads, and would give the mercy of telling the transplants they had nothing to worry about. In the world of obtaining bids to replace roofs and knowing what mold smells like as soon as you walk in the door, there is no room for such mercy.

END_OF_DOCUMENT_TOKEN_TO_BE_REPLACED

If I’m being honest with myself, if I saw a band with the name Imposter Syndrome on a flyer at my favorite local show venue (big love to Reggie’s on 42nd Street in Wilmington, NC!), I’d go see them. The name kind of gives some post-nu-metal rap fusion vibes, but I’d put down the cover to see them.

Imposter Syndrome, in a context fit for an author’s blog, is the phenomenon when an author feels like a fraud, and has an overwhelming conviction of such to the point they undermine the validity of their body of work. Hi, my name is A.P. Miller, and I have Imposter Syndrome.